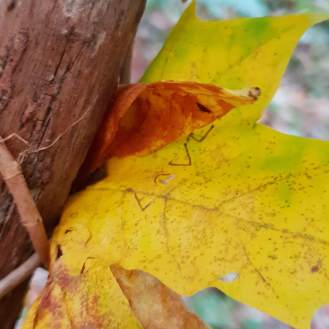 This is a list of words related to art therapy and art psycho-therapy.

Repressed and beyond the field of awareness. Instincts, impulses, desires, Freudian slips (an unintentional error that has psychological meaning and intentions), bodily sensations, symptoms, dreams. The unconscious is also called the id.

Chronic – persisting for a long time or constantly recurring.

Chronic pain can devastate the lives of both adults and children. People with pain often persevere in misdirected attempts to solve the problem of pain, unwittingly working deeper into distress and disability. Applying a normal psychology of pain can help us understand the origins of disability and guide the development of better treatments.

Psychological shadow – “shadow is that hidden, repressed, for the most part inferior and guilt-laden personality whose ultimate ramifications reach back into the realm of our animal ancestors…If it has been believed hitherto that the human shadow was the source of evil, it can now be ascertained on closer investigation that the unconscious man, that is his shadow does not consist only of morally reprehensible tendencies, but also displays a number of good qualities, such as normal instincts, appropriate reactions, realistic insights, creative impulses etc

Economic rationalization in health service – In economics, rationalization is an attempt to change a pre-existing plan into one that is based on a set of published rules. There is a tendency in modern times to quantify experience, knowledge, and work. Means–end (goal-oriented) rationality is used to precisely calculate that which is necessary to attain a goal. Its effectiveness varies with the enthusiasm of the workers for the changes being made, the skill with which management applies the rules, and the degree to which the rules fit the job.

Contained space – a place where they feel free to be themselves. A place where any emotion is possible and one is not punished for speaking the truth. One feels listened to, wanted, valued and validated. This makes one feel calm, and the body feels relaxed and aligned, ’true’. It is a relief to be heard and challenged gently. There is a warmth of connection, rapport and compassion. Sometimes this experience is tinged with sadness because it feels so rare. This is because many trauma clients describe how, in their lives, they have felt unwanted, unheard, misunderstood and excluded. Some clients have had experiences where they felt trapped and wanted to escape, or tried to hide. Trauma often leaves people feeling profoundly unsafe and sometimes even life itself feels pointless.

Consciousness What we are aware of in both mind and body, perception, intentional reasoning and behavior. Consciousness is associated with the ego.

Transference Transferring unconscious and past psychological experiences into current relationships. It could be considered a projection which carries within it an unresolved issue.  Within the therapeutic relationship the client transfers difficulties and challenges from the past into the safety net of psychotherapy in order to understand how the past influences the present (and future decisions). Within art therapy transference is also part of the art making process. Clients can use their art to express conflicts and difficult life situations and feelings of anger, anxiety, depression and loss. Art can mediate life challenges with opportunities for growth and restoration. The art therapist examines the transference of the client within the therapeutic relationship in an way that is considerate and analytical, in other words the transference is understood as a vital way to explore repressed psychological material. Analysis refers to investigation and exploration rather than interpretation.

Free Association A Freudian technique, where a client is asked to freely share their thoughts and their possible meanings. For example, a symbol in a dream can be explored through examining the feelings, words, and sensations associated with it. The purpose of free association is to examine the content of the unconscious. Within art therapy, colours, content, images, shapes, textures, etc. can all evoke feelings, memories, stories and physical responses which may assist the client becoming better acquainted with their unconscious or repressed psychological content. Freud developed the concept of Free Association.

Neurosis  Symptoms of stress, fear, depression, anxiousness, anxiety, obsessive behavior, etc. which disrupt equilibrium, which can be illustrated and discussed through art making. The causes of neurosis may be situated in the client’s past, or be unresolved situations, where the client feels overwhelmed and unable to cope. Art therapy can make concrete, through art media, the images of neurosis and how they can be explored through the contemplation of the art process and the artworks produced. The process of making art can bring mental and physical relief and an opportunity for reflection. Images, symbols, and the art materials themselves facilitate understanding through representing the causes and conditions within which neurosis operates. This term originated with Freudian psychology.

Condensation Condensing complex experiences into a symbol, image, or object that reflects the many aspects of a particular story or memory. This is a term used in Freudian psychology.

Pleasure Principle Within Freudian psychology the quest for pleasure (instant gratification) is to avoid pain. The quest for pleasure may be a distraction from uncomfortable feelings, conditions, and states of mind which can be both conscious and unconscious. There can be many ways to find pleasure within behaviors or habits that take away from psychological discomfort. Art therapy can explore these sometimes addictive behaviors and reactions and develop new forms of coping through creativity and artistry that help to address painful situations.

Displacement Freud used the term displacement to describe projecting feelings from one situation into another. For example being angry at our friend rather than our boss or alternatively being angry at our boss rather than our friend. Rather than resolving a problem or conflict directly with the person associated with the issue, there is a transference of emotion elsewhere. The emotion is misdirected, and the problem is left unresolved.

Primary Process The unconscious and how it discharges energy, feelings, sensations through both mind and body. The primary process can relate to urges, drives, impulses, and the desire for something, someone, or to be somewhere else. Wish fulfillment is associated with the primary process. This is a term used in Freudian psychology.

Secondary Process This is reason, thinking, consideration, deliberation and the processing (or understanding) of unconscious drives, urges, and impulses. The secondary process is an analysis of repressed content, which emerges spontaneously within our relationships and life situations. Freud utilized free association to facilitate reasoning when exploring the primary process and the appearance of emotions, reactions and behaviors which carried responses which were often highly charged.

Repression The restraint of emotion and unconscious psychological material, which can be communicated through art therapy to assist in the resolving of an issue, problem or conflict.

Archetype In Jungian psychology an archetype is a reflection of the collective unconscious, which relates to experiences common to humanity and reflected in cultural rites of passage. An archetype is a pattern or image that has meaning across many cultures and often reflects stages of development and life transitions. Fairy tales,  myths, legends, folklore, theater, cultural rituals, often represent archetypes related to the family, loss, overcoming danger, wholeness, experiences of goodness, experiences which are painful, etc.

Transcendent Function Within Jungian psychology this is a symbolic emergence that derives from the conflict between consciousness and unconsciousness. In art therapy an image or object emerges to mediate tensions between what we are aware of and what is hidden. This mediation can be a transcendence of opposites into a new symbol, image or representation which replaces conflict with new meaning and purpose. This is a unifying function that revitalizes, which takes the client to new places within themselves and the outside world. It is an energizing state that goes beyond limitation.

Active Imagination This is an important method within Jungian psychology. It amplifies associations to dream symbols and unconscious content, but does not intend to interpret narrowly. The imagination is allowed to expand, to wonder, in a process that is all encompassing. Active imagination is similar to day dreaming, or being engrossed in one’s own thoughts and imaginings as a stream of consciousness. The all of these imaginings are accepted as an integration of unconscious material into awareness.

Open group refers to a type of group art therapy in which no directives are given. That anyone can join at any time each person can choose there own theme and materials

Closed group a group that has a set time every week for a period of time the all have something in common eg. are cancer patients

Non-directive free art can do what you want

Resonance the spontaneous production of images that are similar in form and content and which can be understood as an expression of the shared experience of the group.

Pluralistic – Pluralism is both a way of thinking about the world and psychotherapy and a specific approach to practice (Cooper & McLeod, 2011, 2015). Pluralistic therapy “comprises a ‘meta-theory’ or practice framework that functions as a means of harnessing the ideas, knowledge and experience of both the client and the therapist.” (McLeod, 2018, p.2). The pluralistic approach (Cooper & McLeod, 2011, 2015; McLeod, 2018) is “a collaborative, integrative perspective, deeply rooted in humanistic and relational values. Its fundamental premise is that each client is unique, and therefore may need different things from therapy. On this basis, the pluralistic approach creates a framework in which practitioners can integrate a wide variety of understandings and methods into their practice.” (Cooper, 2018). A key element of this pluralistic approach is shared decision making: communicating with clients about what they want from therapy, and how they might most effectively be helped to get there. One aspect that “is distinctive about a pluralistic perspective, is that it consists of integration ‘in the room’ collaboratively with the client, rather than ‘on the therapist’s desk’ or ‘in the therapist’s head’.” (McLeod, 2015: 7).

‘meta-theory’ is a theory which concerns itself with another theory, or theories. As such it may be called a theory of theories. … The study of metatheory became widespread during the rest of that century by its application in other fields, notablyscientific linguistics and its concept of metalanguage.

Trauma informed care (TIC) involves: building an understanding of the prevalence and impact of trauma and avoiding re-traumatisation (Harris & Fallot, 2001a); making a paradigm shift from dependence on the medical model (Harris & Fallot, 2001b); viewing symptomology and risk-taking behaviours as normal in the sequelae of trauma, rather than pathologizing them. It also involves understanding the complex pathways to healing, managing vicarious trauma through professional self-care, supervision and art process, and being committed to safety and ‘do no harm’.

Trauma informed care is particularly relevant in view of Northern Ireland ‘post-conflict’ setting and current understandings of types and levels of trauma and vicarious trauma, adverse childhood experiences, developmental trauma, abuse and conflict-related trauma. NI has the highest levels of mental health problems, self-harm and also suicide in the UK.